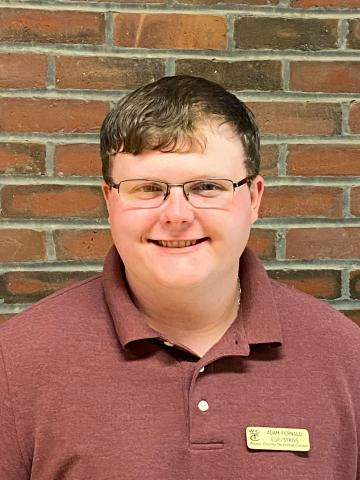 Adam Fernald joined the WCTC family as an Ed Tech in 20/21 and has now moved on in 21/22 to be the Instructor for the ESP/Strive Program.

Adam is a woodworker by trade, but has dabbled in most of the other technologies. Adam started his journey in woodworking in his uncle’s woodshop at a young age. While attending Lawrence High School, he had the opportunity to go to Mid-Maine Technical Center for fine woodworking his junior and senior year. Adam continued his learning of woodworking at Eastern Maine Community College, where he graduated with an AAS in fine woodworking/cabinet making.

While attending EMCC, Adam competed in SkillsUSA, placing gold at the state level two years in a row. Adam also competed in Louisville, Kentucky, at the national level of SkillsUSA for the two years he was at EMCC. During his senior year of college, Adam was elected president of the SkillsUSA club. Following graduation from EMCC, Adam was employed by Duratherm Windows and Doors Corporation, where he worked as a custom woodworker, until becoming a part of the WCTC family. Somewhere along his journey he found a passion for teaching. Adam is a member of the Woodworkers Career Alliance, the board of directors at EMCC for the fine woodwork/cabinet making program, as well as a member of the National Technical Honor Society. When not working Adam enjoys racing stock cars, hunting, fishing, working in the woodshop, and spending time with his family. 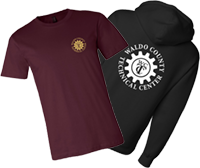